Join the Conversation: Will a Statewide Ban on Menthol Cigarettes Help or Hurt Black People? 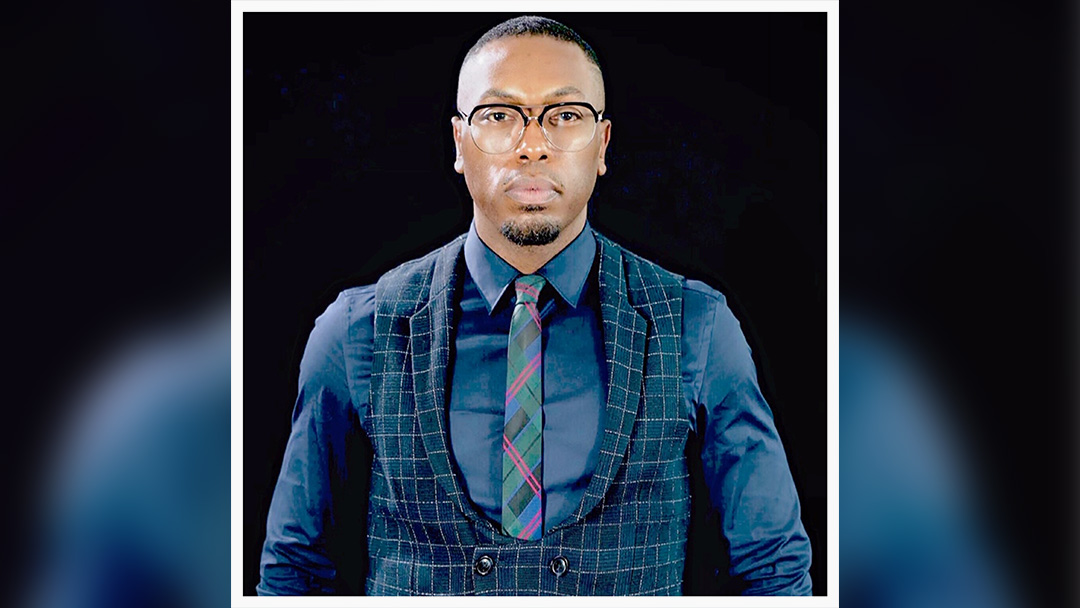 Senate Bill 793, which calls for a ban on the sale of flavored cigarettes, has moved from the Senate to the State Assembly for approval amid growing debate.

Although the Senate Bill 739 bans the sale and possession with the intent to sell any flavored tobacco product or a tobacco product flavor enhancer, it does include a controversial  exemption for hookah tobacco retailers.

It allows such retailers to continue selling flavored tobacco with certain regulations that include a prohibition against persons under 21 years of age from entering their retail locations. It includes a provision for owners to be subjected to a $250 fine for each violation,  however cities and counties are free to impose even stricter penalties should they choose.

To more fully explore arguments for and against passage of SB 793 by the Assembly and ultimately into law, a Town Hall is being hosted to consider the impact(s) such a ban could have on the Black community, and those interested in the discussion are welcomed to attend.

The virtual webinar, scheduled for Thursday, July 23, 2020 from 6:30pm to 8:30 pm, is being hosted by Dr./Rev. Michael Fisher, President, Pastors of Compton, and Pastor of Greater Zion Church Family as part of the church’s town hall series on issues that impact the community.

SB 793 is a state legislative effort to curtail the rising nicotine addiction among youth. It has successfully moved through the Senate and is now being considered by the State Assembly.

If passed it will prohibit the sale of flavored tobacco products such as e-cigarettes, e-pipes, and other vaping devices. All flavored smokable and non-smokable tobacco products, including cigars, cigarillos, pipe tobacco, chewing tobacco, snuff, and tobacco edibles will also be banned. 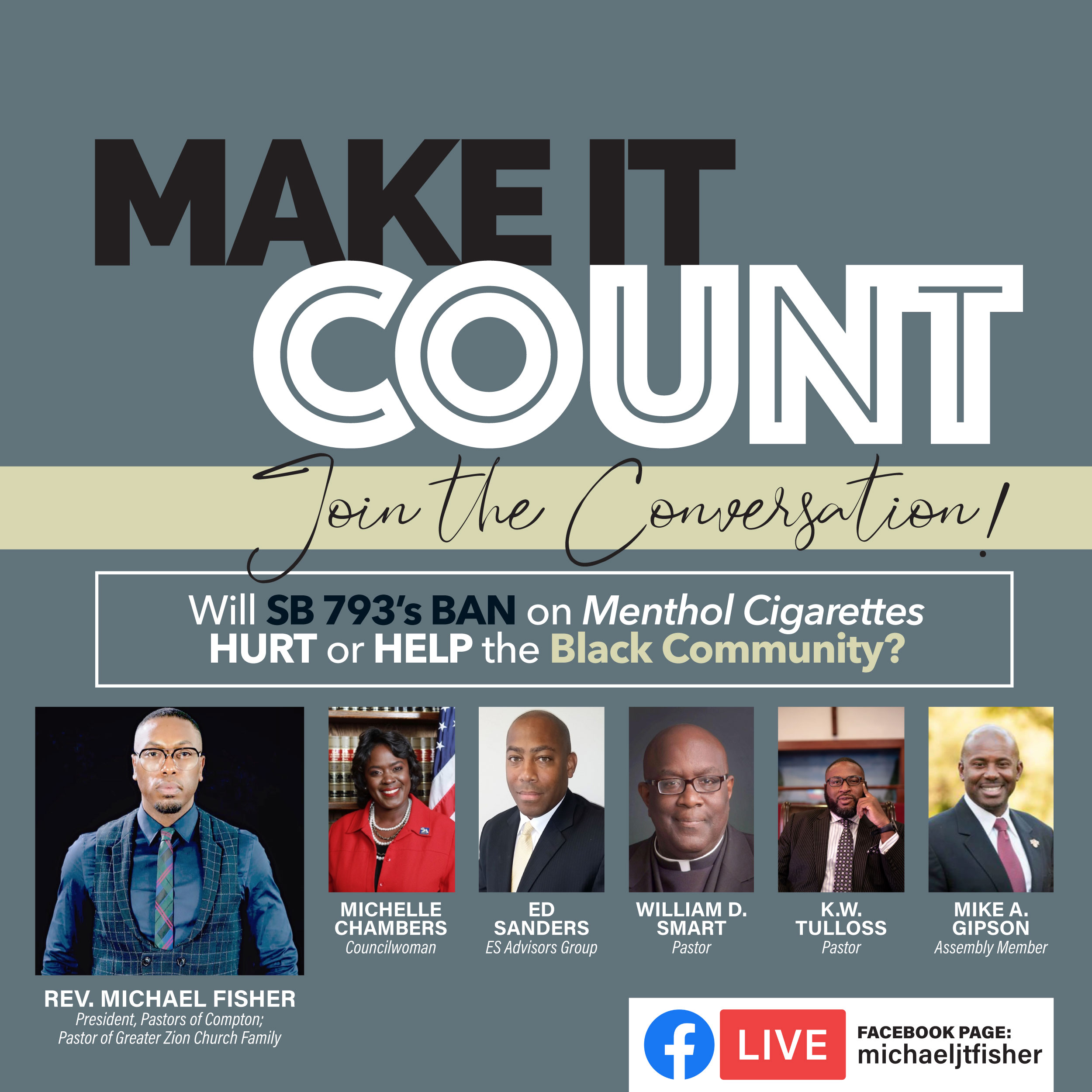 Yet, medical experts have warned for years that cigarette smoking kills and according to the Centers for Disease Control and Prevention (CDC) there is compelling research showing menthol cigarettes may be more addictive than non-menthol cigarettes.

According to experts, menthol makes cigarette smoking easier to start and harder to quit. What makes this more concerning for Blacks is there is also research showing African-Americans have a unique genetic variant that significantly increases their desire for smoking menthol cigarettes.

These scientific concerns coupled with the tobacco industry’s relentless advertising and targeting of Black communities explains the preference of menthol cigarettes by Black smokers and the dangers associated with it.

In addition, lung cancer is the second leading cause of cancer death among both men and women after prostate and breast cancer, respectively. In addition, African Americans have the highest rates of tobacco-related cancer of all racial and ethnic groups and are more likely to die because of the disease.

Lung cancer, however, is not the only health implication of smoking that disproportionately impacts the Black community. Smoking contributes to other comorbidities in the Black community. It is the major cause of heart disease and stroke—two of the other leading causes of deaths in African-Americans.

Considering the information available, it is easy to see why menthol cigarettes are more addictive for Blacks and this partly explains why menthol is the “cigarette of preference” among them.

This choice is further encouraged through the bombarding of menthol products’ advertising targeted to this community.

Beyond that, data clearly shows most Black youth and adults who smoke, prefer menthol cigarettes; research shows Blacks have a genetic variance that makes them desire menthol; data shows menthol is more addictive than other forms of tobacco; that cigarette companies target menthol cigarette advertising to Black communities, and that smoking results in higher rates of lung cancer, heart disease and stroke; and that Blacks die at higher rates of these conditions than other racial or ethnic groups.

With all this in mind, it is easy to deduce that SB 793 can potentially save Black lives, but there continues to be arguments on the other side pushing back against this legislation.

For example, there are others who express concern such legislation could create a black market on menthol cigarettes sales resulting in police interactions that cold result in another scenario like the one in July 2014 when New York police officers killed a Black man, Eric Garner, for selling loose cigarettes.

There are also questions about the fiscal impact to the state due to projected losses in revenue of between $200M and $600M and how that loss could impact programs.

You are invited to join the conversation on this important issue Thursday, July 23, from 6:30 pm to 8:30 pm. Register for the Townhall now as space is limited.