In the Shadow of Kerner—Merging Two Americas: One White. One Black. Separate and Unequal. 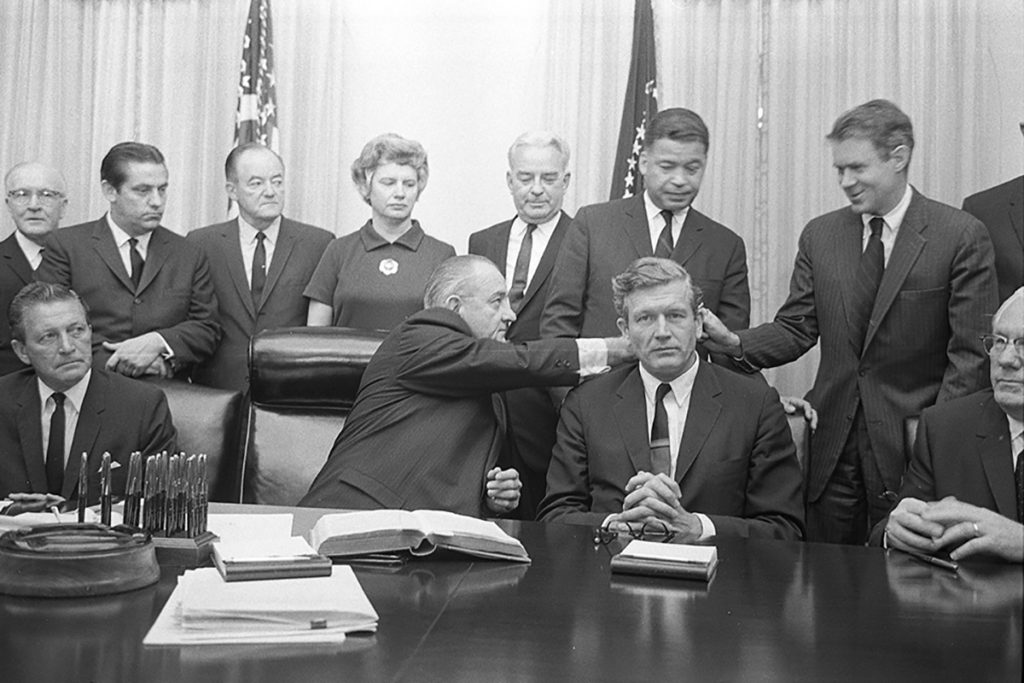 In this issue, I am sharing an article written by our features writer and managing editor Stephanie Williams. We published it recently in the Black Voice News:

We recently remembered the assassination of the world’s most revered Civil Right leader, Dr. Martin Luther King, Jr. There is another, related 50-year anniversary that must not slide by unnoticed.

In July, 1967, President Lyndon Johnson appointed an eleven-member commission to the examine the causes of the race riots that swept the nation that year and make appropriate recommendations to relieve the circumstances that fueled the unrest. Johnson established the Kerner Commission charged with this responsibility by executive order.

Months later, in late February 1968, the Kerner Commission delivered its findings to Johnson and the nation. In a prescient assessment it found America was moving toward two societies—One White. One Black. Separate and Unequal.

The Commission further warned that unless America changed course and implemented meaningful solutions, the country would be confronted with a system of apartheid in major cities.

Fifty years after the Kern Commission’s findings and recommendations, a new analysis by the nonprofit Economic Policy Institute (EPI) showed what is certainly no surprise to most members of the Black community—that Black Americans are not economically equal.

The EPI report compared African Americans workers and their families in 1968 with the economic circumstances African Americans face today. In absolute terms, the report noted that Blacks are better off than they were in 1968 and much better educated.

Although many states still struggle to improve graduation rates among Blacks, more than 90 percent of African Americans between ages 25 to 29, have graduated from high school, compared with just over half 50 years ago. Yet, the gap between Black and White graduation rates, while closing, persists.

Another measure of progress is the number of African Americans with college degrees today has more than doubled what it was in 1968. Despite this progress, however, young Whites are still twice as likely to have a college degree.

There has been measured progress but, overall, Blacks remain economically disadvantaged when compared to their White counterparts.

Valerie Wilson, Director of EPI’s Program on Race, Ethnicity, and the Economy, highlighted a key reason for this disparity when she noted, “Black Americans have clearly put a tremendous amount of personal effort into improving their social and economic standing, but that effort only goes so far when you’re working within structures that were never intended to give equal outcomes.”

The EPI analysis speaks for itself. Today, Black workers make 82.5 cents for every dollar earned by white workers. Blacks are also more than twice as likely as Whites to live in poverty. White families have nearly ten times as much wealth as the average Black families who saw their gains in this regard nearly wiped out during the Great Recession.

The stymied economic progress of African Americans since the Kerner Commission report was also clearly reflected in the Black unemployment rate for 2017, at 7.5 percent.

One of the most dramatic measures of disparate treatment of Blacks in America over the last 50 years has to be the tripling of African Americans in prison, which exceeded the increase in prison populations among Whites.

In conclusion, EPI Analyst Janelle Jones also identified structural racism as the root cause of the persistent and historic economic inequality in this country. In regard to a way forward Jones stressed, “Solutions must be bold and to scale, which means we need structural change that eliminates the barriers that have stymied economic progress for generations of African American workers.”

View the full report on line at https://www.epi.org/publication/50-years-after-the-kerner-commission/.