In Gratitude for A Lifetime of ‘Good Trouble,’ Rest in Power Congressman John Lewis 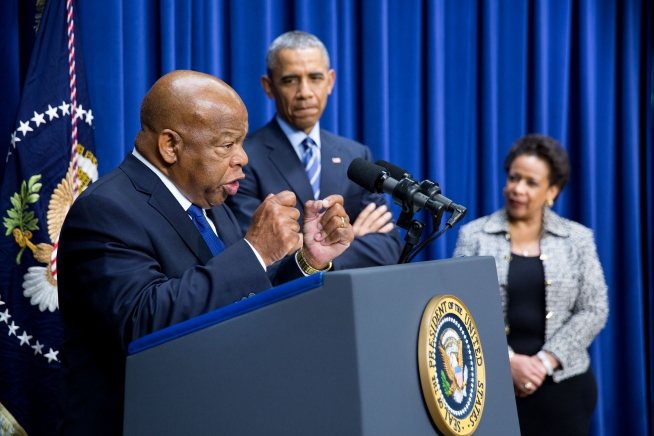 “I was not concerned about making history. . . I just wanted to change things.”

Lewis, like so many leaders of the Civil Rights era, was born in poverty, the son of sharecroppers in Alabama; yet through his personal sacrifice, a powerful belief in God and enduring commitment to justice, he rose to earn the respect of a nation and the world. He gave his life to the struggle for equality for the downtrodden and never wavered in his commitment to that goal.

During the course of his life he went to jail 45 times, was nearly beaten to death during the historic march from Selma to Montgomery in 1965, was among the first to speak out against the caging of children by the Trump administration, led a sit in on the floor of Congress in a push for gun control in 2016 and many other actions. 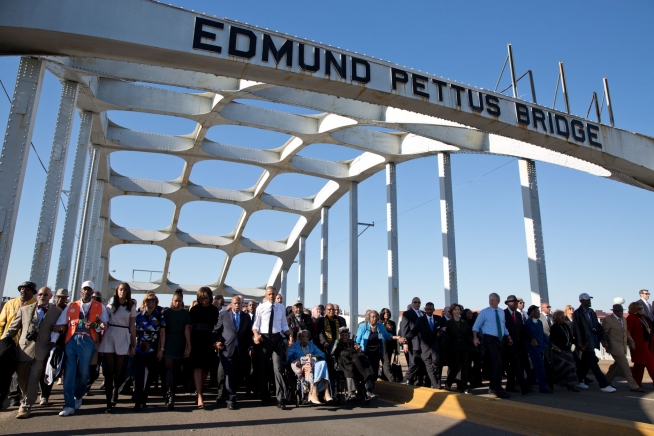 Having entered the civil rights movement at the age of 16 himself, he was among the first national leaders to recognize and embrace the Black Lives Matter movement. In support of their movement one of his last public acts was to stand in the Black Lives Matter Plaza in Washington D. C. in the wake of the George Floyd murder, signaling to many—even in his frail condition—a renewed commitment to his lifelong quest for America to realize its long promised and forever illusive “Beloved Community.”

The last surviving organizers of, and speaker at the 1963 March on Washington he was almost not allowed to speak that day because President John F. Kennedy after previewing Lewis’ presentation in advance felt it was too radical.

At the request of his mentor and idol Dr. Martin Luther King Jr., Lewis modified his comments but the passion with which he spoke that day on the Washington Mall still rings true today.

Lewis married his wife Lillian in 1968. Not only was she his wife and friend, she also served as his political advisor. Lillian passed in 2013. Lewis and his wife were the parents of one son, John Miles Lewis, who they adopted when he was only two months old.

Among the many gifts Lewis bequeathed America is the African American Museum of History in Washington, D.C. He initially proposed the museum during his first year in Congress 1987 and remained committed to bringing it to reality. 29 years later in September 2016, his vision became a reality—a powerful legacy to future generations of Americans of all races.

Lewis embodied the concept of “soul force” a belief more powerful than bombs, guns, beatings and hate, a belief rooted in the teaching of Gandhi and his personal hero, Dr. Martin Luther King Jr., the concept of “agape” or unconditional love.

It is believed few people who walk this earth are self-actualized. It is probable Lewis may be counted among them.

“Congressman John Lewis was an American hero—a giant, whose shoulders upon many of us stand. Throughout his life, he showed unending courage, generosity, and love for our country,” said California Senator Kamala Harris.

“We are grateful that John Lewis never lost sight of how great our country can be. He carried the baton of progress and justice to the very end. It now falls on us to pick it up and march on. We must never give up, never give in, and keep the faith.”

“Do not get lost in a sea of despair. Be hopeful, be optimistic,” he taught. “Our struggle is not the struggle of a day, a week, a month, or a year. It is a struggle of a lifetime. Never, ever be afraid to make some noise and get in good trouble, necessary trouble,” Lewis urged.

His truth is marching on.

The staff of the IE VOICE would like to take a moment to honor Rep. John Lewis by revisiting this distinguished moment in time when he received the Media of Freedom by former President Barack Obama.