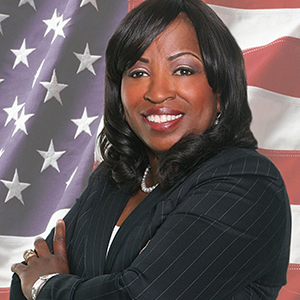 After signing papers and being sworn in as an official candidate last week, Dr. Denise Fleming announced she has entered the race for mayor of the City of Moreno Valley.

A navy veteran, Fleming has a demonstrated history of leadership experience. She currently serves as Vice President of the Moreno Valley School Board. She has also worked for Moreno Valley schools’ business office and is active with the African American Coalition in addition to the Parkview Community Hospital Advisory Board. Fleming was also appointed to the In-Home Support Services Advisory Board by the Riverside County Board of Supervisors.

Fleming’s goals as mayor include what she has identified as three pressing local issues; they are—developing a healthy, robust local economy; safe streets; and encouraging community spirit.

Fleming’s vision for Moreno Valley can be further explored on her campaign website where she states, “It's time to build up our city with good governance, traditional city values, and form partnerships with our local school districts.” And added, “It's time to develop more relationships with our sister cities and start our own local programs, festivals, events and activities.”

This will be the first year that voters in Moreno Valley will elect a citywide mayor—mayors were formerly appointed annually by the city council. Every Moreno Valley voter will be eligible to cast a vote for the mayoral candidate of their choice regardless of where they or the candidate live in the city.

The mayor presides over city council meetings, officiates at public events, signs documents approved by the city council and acts and votes as a member of the council. In addition, the mayor makes all appointments to boards, commissions and committees (unless otherwise specified by law) subject to approval by the city council.

For more information about the Fleming campaign visit fleming4morenovalleymayor.com/.