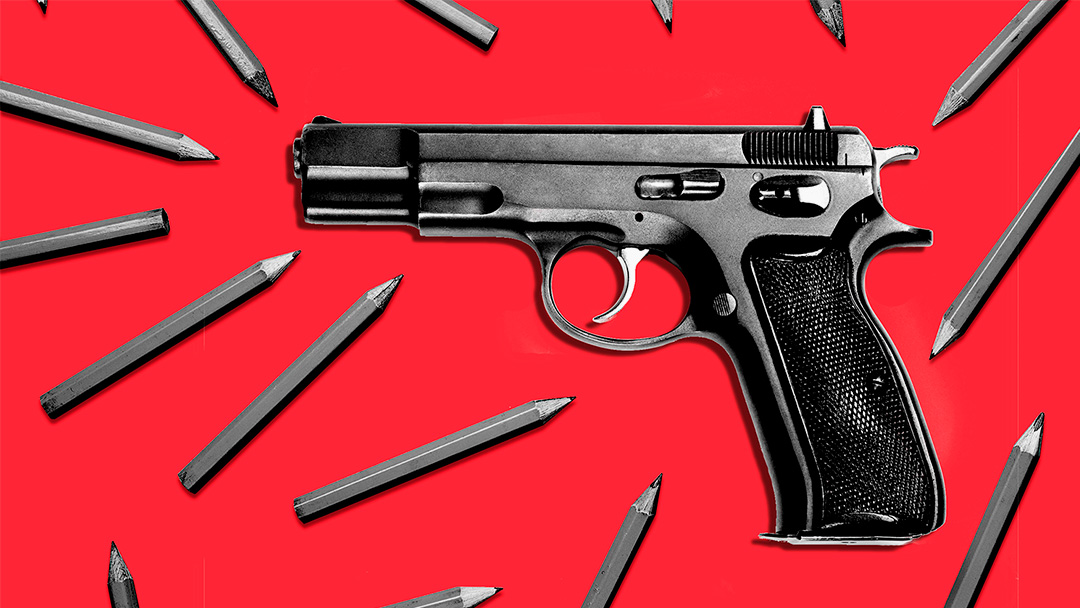 In September during the heat of the mid-term campaign, California’s newly elected Superintendent of Public Instruction, Tony Thurman, who was then contending for the position, held a town hall meeting in Oakland to discuss whether teachers should be armed.

During the session Thurmond stated, “The training that our teachers need is not gun training, it’s training professional development to help us close the achievement gap.”

In October 2017, California appeared to settle this issue when Governor Jerry Brown signed AB 424. The law made it illegal for school workers who have concealed carry permits to bring guns on campus effective January 1, 2018.

The national debate over arming teachers gains momentum after each devastating mass shooting event that occurs on a school campus. In recent months, U.S. Secretary of Education Betsy DeVos made it clear that based on her estimation, school districts across the country have the flexibility to use federal funds to arm their teachers. There are many opponents to DeVos’s idea including many teachers who believe this will make schools less safe.

Just as there are opponents to the idea of teachers carrying guns on campus, there are several individuals and groups who support the idea. Counted among them is President Donald Trump and the many gun rights advocates who have long advocated for such laws.

Today, although many schools are identified as “gun free” zones—the federal Gun-Free School Zones Act of 1990, allowed states to authorize certain individuals to carry firearms on campus. At least 15 states currently have some form of concealed-carry policies in their schools. In addition, at least two dozen states are now considering similar policies according to the nonprofit gun control advocacy group, Everytown for Gun Safety.

When Brown signed AB424, it also rescinded the authority of school superintendents to permit some employees to carry guns—a role only granted them in 2016.

In 2015, a CBS poll showed 57 percent of Americans were opposed to teachers carrying guns on campus.  A recent survey by the organization Teach Plus showed the current shootings have only served to increase opposition to this issue. Nearly 80 percent said they strongly oppose arming teachers in schools.

In addition, 82 percent of respondents to a poll by the National Education Association said they would not carry a gun even if they were trained and allowed to do so. Finally, a Gallup poll of teachers showed only 30 percent believed their being armed would help limit victims during a shooting event.

In response to the recent surge of mass shootings, California legislators sent no less than nine pieces of gun related legislation to the governor for his signature in September. They covered a number of gun related issues from raising the minimum age required to purchase certain weapons to banning the possession of a fire arm by people convicted of serious domestic violence charges or restricting gun ownership of those hospitalized for mental health related issues more than once in any given year—but, none of the legislation addressed the issue of teacher’s carrying weapons on campus.

According to a CNN report, nearly 1300 children die and 5790 suffer gunshot wounds each year in America. Subsequent to the school shooting in Parkland Florida, Thurmond spoke about wanting to provide training programs to school districts in California to help address gun violence related issues while also working to expand access to mental health.

“I refuse to accept that there are no solutions to gun violence in schools,” he told The Berkeley Daily Planet. “As a parent, I feel it is my duty to push for these reforms and additional changes to increase school safety.” Now, as the newly elected Superintendent of Public Instruction, he has an opportunity to advocate and implement such reforms.