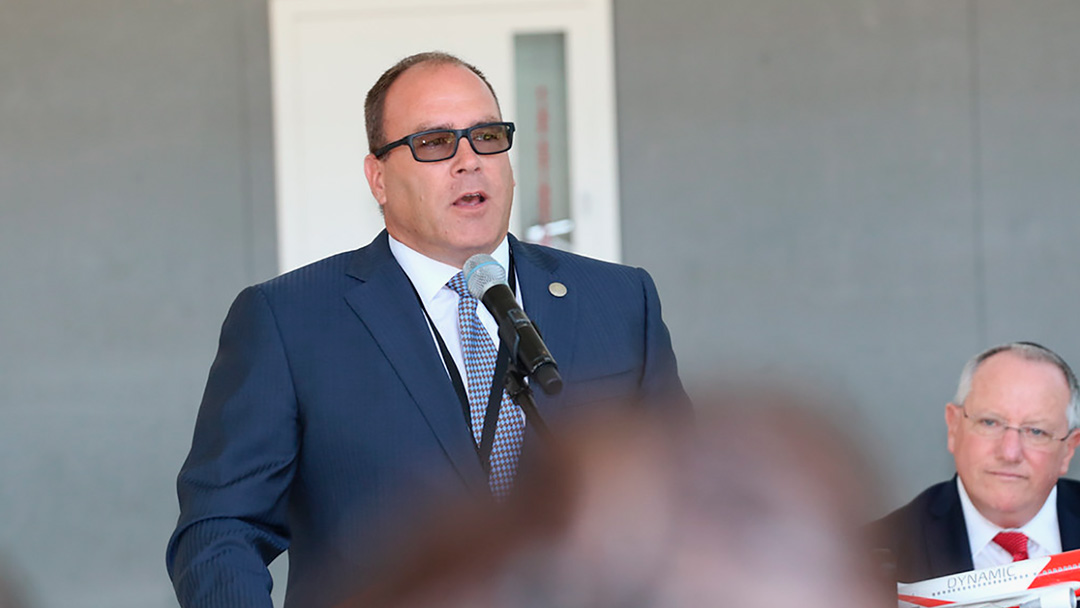 Curt Hagman currently serves as Chair of the San Bernardino County Board of Supervisors. He was elected to the Board representing the county’s Fourth District in November 2014 and re-elected in 2018.   Hagman, and John Fugatt who served as treasurer of his 2014 and 2018 Campaign Committees from November 17, 2014 to mid-March 2017, were recently investigated by California’s Fair Political Practices Commission (FPPC).    As a result, the FPPC under its authority as civil prosecutor for violations of San Bernardino’s County’s campaign ordinance, has filed a complaint against Hagman and Fugatt for violating the county’s Campaign Finance Ordinance.  The San Bernardino Campaign Finance Ordinance prohibits committees, candidates, and treasurers from post-election fundraising when the committee’s cash balance exceeds its net debts.  The Act requires candidate-controlled committees, candidates, and treasurers to make expenditures only from a bank account designed for the campaign. The Act also requires committees, and candidates, to maintain appropriate campaign records.   According to FPPC Chief of Enforcement Galena West, “The 2014 Committee, Hagman, and Fugatt violated the San Bernardino Ordinance by raising post-election campaign funds in excess of their outstanding debts.”   The Act is designed to promote transparency by ensuring that receipts and expenditures in election campaigns are “fully and truthfully disclosed” so that voters are fully informed and improper practices are constrained and as a result, the Act includes a comprehensive campaign reporting system. The FPPC detailed that on an amended semi-annual campaign statement filed by Hagman for the period ending December 31, 2014, he and Fugatt disclosed $591,684 in contributions received, and $585,741 in expenditures made during the 2014 calendar year.  The total unpaid bills were reported as $52,200 and the Campaign Committee’s ending cash balance was reported as $61,193. In other words, the available cash balance was sufficient to resolve the Committee’s outstanding debts by the end of December 2014.  Despite this, the 2014 Committee, Hagman, and Fugatt continued to collect contributions after the close of the December 2014 reporting period. According to West, the campaign received 39 contributions totaling $63,700 between January 1, 2015 and March 30, 2015.   Two years later in early December 2016, Hagman (and Fugatt) filed an amendment removing the $63,700 in contributions that it had previously reported as 2014 campaign activity and stating the contributions were in fact for the 2018 Committee. Interestingly, they also removed expenditures totaling $36,209 that were previously disclosed as 2014 Committee activity.   West noted that on the very same day of the above amendment, Hagman (and Fugatt) amended the semi-annual campaign statement for the period ending December 31, 2015 to exclude expenditures totaling approximately $38,759 that had previously been reported as 2014 Committee activity.   According to West, “Hagman, and Fugatt explained that the amendments were filed to exclude 2018 Committee’s activity for both the contributions and the expenditures.” Included with the amendment was a detailed list of the expenditures the Hagman 2018 Committee made through the 2014 Committee’s bank account, which totaled $79,126.  The 2018 Committee, Hagman, and Fugatt failed to maintain invoices and/or receipts for approximately 38 percent of the campaign expenditures made through the 2014 Committee’s campaign bank account, which totaled approximately $34,382. The expenditures without adequate documentation consisted of payments for campaign worker’s salaries, polling, travel, campaign literature, fundraisers, civic donations, office expenses, and meetings/appearances.   West stated Hagman (and Fugatt) violated three sections of the county’s Campaign Finance Ordinance. They include (1) A violation of Post-Election Fundraising Restrictions by receiving 39 contributions totaling $63,700 during the post-election period beginning on or around January 1, 2015 and ending on or around March 15, 2015; (2) One Bank Account Violation by making a total of $79,126 in expenditures from a bank account other than the one designated for 2018 campaign activity beginning in January of 2015 and ending in December of 2015; (3) Failure to Maintain Campaign Records by failing to maintain complete campaign records for expenditures totaling $34,382.39 beginning in January of 2015 and ending in December of 2015. The FPPC has recommended a total fine for these violations of $10,000.  In an email statement to the SCNG, Hagman appeared to place all blame for the violations on Fugatt. His spokesperson Katherine Kolcheva wrote, “Our former treasurer made some unintentional technical mistakes and the campaign committee, upon realizing those errors moved to correct them,” adding, “Hagman will pay the fine.” The FPPC is expected to consider a settlement with Hagman and Fugatt on Thursday, November 21, 2019.