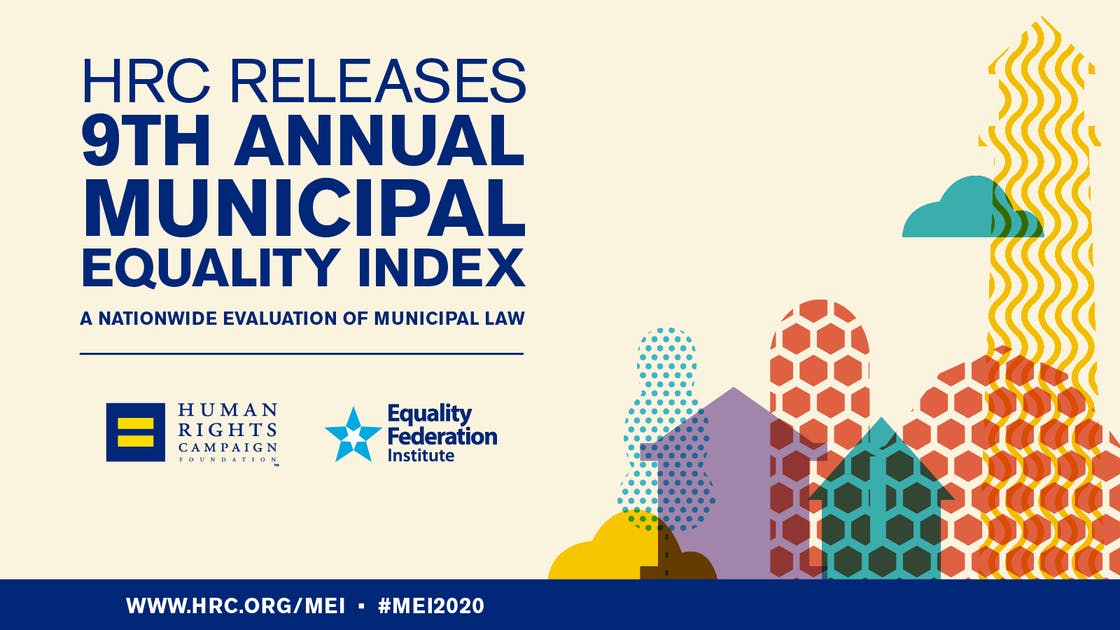 The City of Riverside received the highest score possible in a nationwide assessment of LGBTQ inclusion in municipal law, policy, and services, marking the second year in a row the city has improved its score.

The HRC Foundation, in partnership with the Equality Federation Institute, recently announced the 2020 Municipal Equality Index, in its ninth annual report to date. The report and scorecards for cities can be found at hrc.org/mei.

Riverside received the highest score of 100, an increase from 2019’s score of 91 and a substantial improvement from the score of 65 the year prior. Other cities receiving the maximum score this year include: Palm Springs, Rancho Mirage, Cathedral City, West Hollywood, Santa Monica, San Francisco, San Diego, Sacramento and Long Beach.

“Riverside has for years demonstrated that it values inclusivity, and this year’s Municipal Equality Index reflects that,” Riverside Mayor Patricia Lock Dawson said. “Our city can be proud of its efforts, from the Mayor’s Multicultural Forum, to the Inclusivity Statement that guides everything we do, to the annual Carlos E. Cortés Award for Championing Diversity and Inclusivity.”

Part of the reason Riverside and other California cities increased their scores was due to state laws that prohibit discrimination based on sexual orientation and gender identity in the areas of employment, housing and public accommodations. Additional points came from the state’s requirement of single-occupancy, all-gender facilities, and the protection of youth from gender conversion therapy.

Other recognitions were a direct result of actions taken by cities. Riverside, for example, received points for prohibiting discrimination in city employment, ensuring discrimination does not occur in the city contracting process, for offering benefits to the domestic partners of city employees, for having a Human Relations Commission, and for having a LGBTQ liaison in the City Manager’s Office.

“Riverside residents can take pride in the efforts their city has made on inclusion,” Mayor Pro Tem Steve Hemenway said. “These steps declare and reinforce our values as a city, and it is rewarding to see those efforts recognized.”

City officials worked to improve on last year’s score of 91 by specifically looking for areas where more could be done, said City Councilmember Erin Edwards, whose election last year as the city’s first openly LGBTQ member added two points to this year’s score. Riverside’s score sheet can be found here.

“I am inspired by all the people in the City who worked to reach a score of 100,” Edwards said. “A year ago, department heads, my office, and the City Manager’s office met to analyze our 2019 score. Everyone around the table agreed that we needed to actively strive for the best possible results for LGBTQ equity in 2020, and we did! We celebrate reaching 100 this year, and we know that we still have areas for growth. The City remains committed to this work in the years to come.” 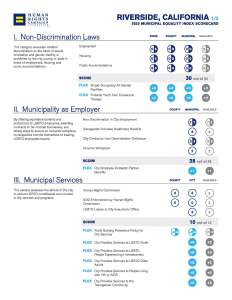 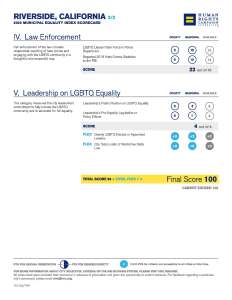