August 28: A Pivotal Date in the History of Black People 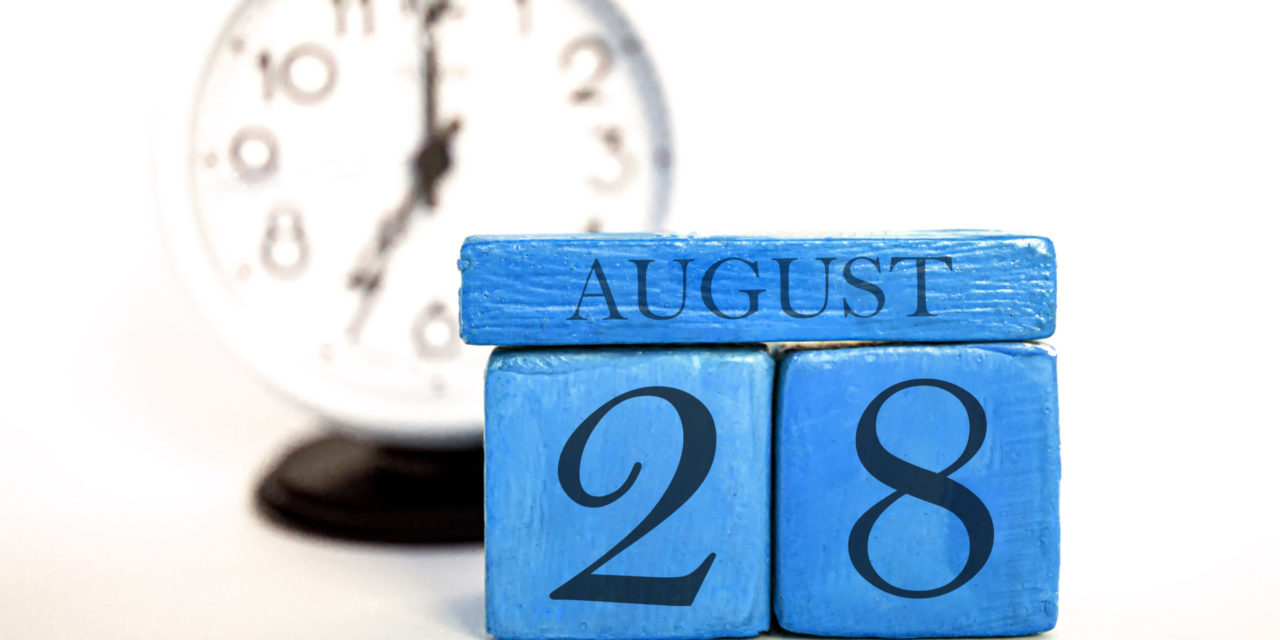 Black History Month and the celebration of Juneteenth are times each year when African Americans recognize milestones in their history and celebrate Black achievements, both past and present.

These occasions are also ideal opportunities for other Americans to learn about the historical context of Black people, how they have contributed to the country’s history and its progress as a nation.

One important date in the history of Black people,  however, continues to float under the radar even though many important events have occurred on this date which impacted the Pan-African demographic–the date is August 28.

August 28 has been notorious in Black history for hosting memorable events that, in some instances, were uplifting and, in others, depressing. 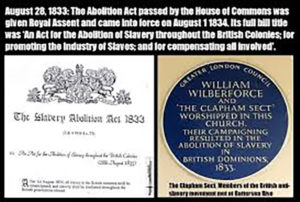 On August 28, 1833, slavery was abolished in the United Kingdom (U.K.) when the British government decided to use money from its internal budget to buy the freedom of slaves in the country.

BBC.com reported the U.K. abolished slavery 32 years before the United States and helped fuel the fire for individuals in America to fight for civil liberties.

Fast forward to the 1950s, when racial tensions were high and the Civil Rights movement was born, another historical event occurred on August 28 of this decade. 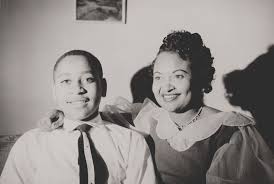 In 1955, Emmett Till was murdered by J.W. Milam and Roy Bryant, because they believed Till had flirted with Bryant’s wife at a county store in Money, Mississippi.

Till was kidnapped, brutally beaten, shot and then tied to a 75-pound cotton gin fan. His body was later found floating in the Tallahatchie River.

According to a report by  PBS, Till’s mother, Mamie Elizabeth Till-Mobley, said, “I think everybody needs to know what happened to Emmett Till.”

As a result, to ensure this happened, she opened her son’s casket for the world to bear witness to his mutilated body. The viewing was held at a church on the South Side of Chicago. It was estimated 50,000 people viewed his body in person and when Jet magazine ran pictures of Till in his casket, Black Americans across the nation were shocked and outraged. It was this act of bravery by Till’s mother which some credited as a major spark for the Civil Rights Movement.

“In September of that same year, Milam and Bryant were tried in Summer, Mississippi, only to be found not guilty since the all White jury felt that the body in question was not Till’s.

“This is seriously a good day and it is a horrible day with the darkness around the lynching of Emmett Till, which was on the 28th,” Professor Ervin said. 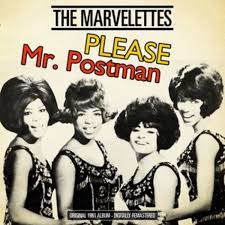 As the Civil Rights Movement continued into the 1960s a new genre of music would give rhythm to the nation.

Black music has always been the heartbeat of America as once again proved true on August 28, 1961. After securing a small loan from his family, former boxer, record store owner and founder of Motown Records Berry Gordy Jr. released his company’s first big hit “Please Mr. Postman ” sung by the Marvellettes.

Motown went on to produce chart topping music performed by some of the most prominent artists of the era including Diana Ross and the Supremes, Smokey Robinson and the Miracles, Marvin Gaye, Stevie Wonder, Gladys Knight and the Pips, the Temptations and many, many others. There is little question Motown defined American music in the 1960s. 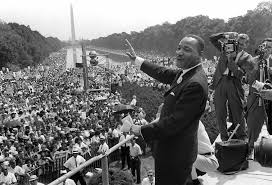 Another “good” that occurred on August 28 was the March on Washington in 1963. More than a quarter of a million demonstrators gathered in front of the Lincoln Memorial in what was called the “March on Washington for Jobs and Freedom.”

Rev. Martin Luther King delivered his now famous “I Have a Dream” speech which left an impact on the movement for civil and human rights not only for Black people in America but for oppressed peoples around the world.

Also speaking at the 1963 March was a young freedom fighter named John Lewis who was moved to civil action by the murder of Emmett Till.

The youngest to speak that day, Lewis said, “My friends, let us not forget that we are involved in a serious social revolution. By and large, American politics is dominated by politicians who build their careers on immoral compromises and ally themselves with open forms of political, economic, and social exploitation.”  For many, Lewis’ comments still ring true today. 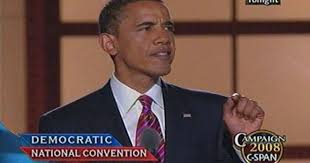 Interestingly enough, on August 28, 2008, Barack Obama gave his acceptance speech for the Democratic nomination at the Democratic National Convention in Denver, Colorado.

He was the first African American presidential nominee to be selected by the Democratic Party, beating out New York Senator, Hillary Clinton.

On August 28, 2020 thousands of Americans once again gathered at the Lincoln Memorial in Washington, D. C. before marching to the Martin Luther King Jr. Memorial. This year’s theme “The Commitment March…Get Your Knee Off Our Necks,” was to bring further attention to the continuous string of deadly killings of Black men and women; and to demand America fulfill the promises made to Black people at Emancipation which included full citizenship and all that it entails—promises that remain unfulfilled. Marchers also called for passage of two pieces of legislation important to the Black community. They include the George Floyd Justice in Policing Act and the John Lewis Voting Rights Act.

“The (2020) Commitment March…Get Your Knee Off Our Necks” now takes its place on the list of important events in Black history which occurred on August 28. 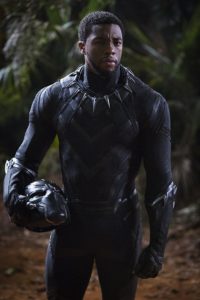 August 28, 2020 will also be marked for the loss of Black America’s most beloved superhero. Black Panther star Chadwick Boseman lost his battle with colon cancer. During his career Boseman also played a number of roles honoring the lives of other Black icons like Thurgood Marshall, Jackie Robinson and James Brown among others.

The release of Black Panther was a pivotal moment in Black culture.

“You might say that this African nation is fantasy,” Boseman, who played the Black Panther T’Challa in the movie, told a Time Magazine reporter. “But to have the opportunity to pull from real ideas, real places and real African concepts, and put it inside of this idea of Wakanda—that’s a great opportunity to develop a sense of what that identity is, especially when you’re disconnected from it.”

For many in the African Diaspora, the movie Black Panther was more than a movie. It was a revelation, an empowering vision of a brilliant and mighty people. It inspired Black children and youth as the first high-profile Black superhero whose story centered in an imaginary place called Wakanda, a strong Black country with the most sophisticated technology on earth. Boseman’s loss on August 28, 2020 is ironic not only because it occurred on this date, but especially because the role he played as the first Black superhero seemed to weigh especially heavy because it occurred at a time in American history when Blacks are being assaulted on all fronts whether it is the impact of COVID-19, death at the hands of police, or the economy.

Reflecting on the meaning of August 28 Professor Ervin said, “It is the time  of year where we move from one phase of things into the next phase. Maybe all of these events are greater indicators of change happening around this time.”

When the National Museum of African American History and Culture opened in Washington D.C. in 2016, famed director Ava DuVernay debuted a film titled, “August 28: A Day in the Life of a People.”

On her website, DuVernay shared what motivated her to write, direct and produce the film. “I chose to focus on a date that has fascinated me for years. In my eyes,” she explained and added, “August 28 tells so much about Black history through the lens of one date.”

Yera Nanan is a graduate of California State University, San Bernardino with a Bachelor of Arts in Communication Studies. He is a multimedia creative that looks to tell stories through video, photography, and writing.