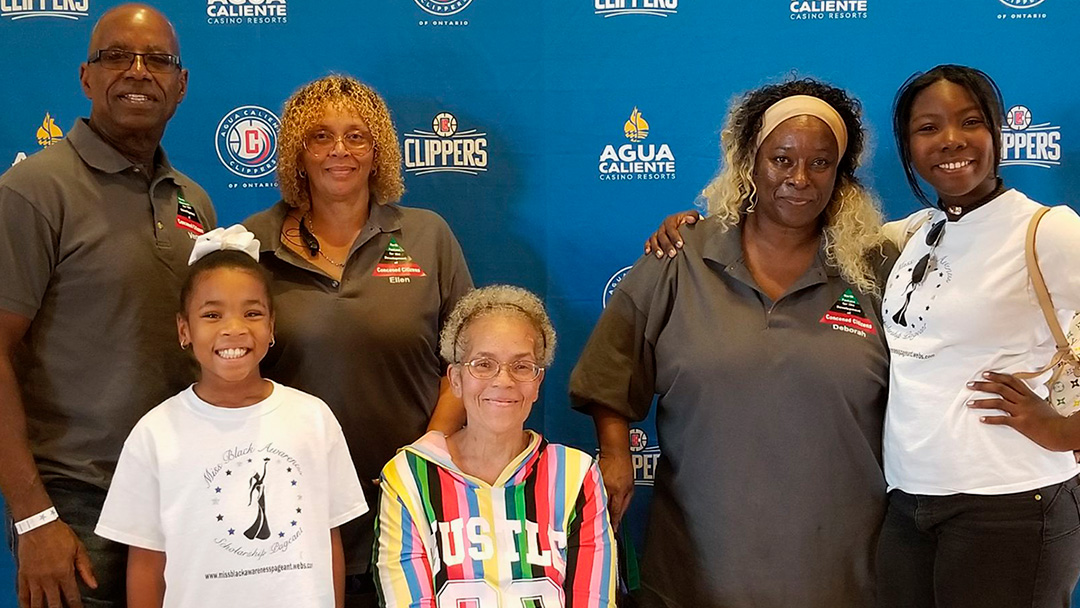 The Aqua Caliente Ontario Clippers and the Salt Lake City Stars basketball teams faced off in a fiery competition that thrilled spectators in attendance.

Included among those who enjoyed the game were President Ellen Turner and Vice-President Vernal Townsend of the Concerned Citizens for Development of North Fontana, as well as Executive Pageant Director Deborah Hall Lindsey and committee member Toni Hall of the Miss Black Awareness Pageant.  Miss Black Awareness Pageant contestants Jhayla and Monica were also in attendance.

Although the Agua Caliente Clippers usually play at the Citizens Business Bank Arena in Ontario, they brought the pre-season game to the Jessie Turner Center to the delight of approximately 300 basketball fans who attended.

Ellen Turner said the special event brought a welcomed “new energy” to the community. Her enthusiasm was further enhanced when after the game, Utah’s 7-foot center, Willie Reed, posed with her for a photo.

The Jessie Turner Health and Fitness Community Center where the event was held is named in honor of Jessie Turner, the first Black Development Expert at the Employment Development Department. She was a youth leader, political activist and active member of the National Council of Negro Women, who through continued advocacy, demonstrated a deep love for the North Fontana community.