Acknowledging Black Pain, an Appeal for Peace and Calls for an End to Institutional Racism 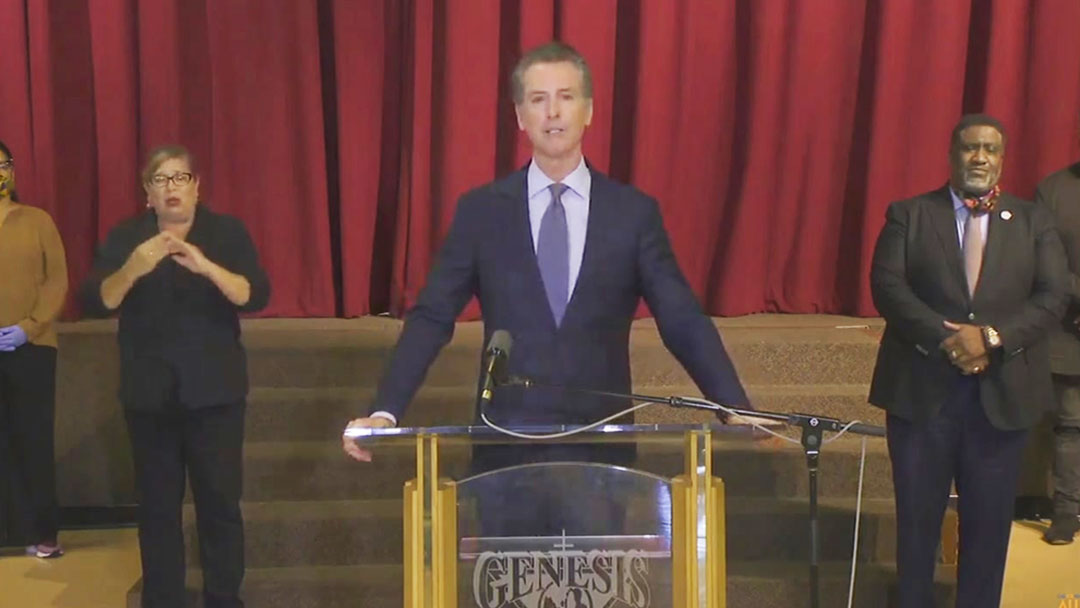 “The Black community is not responsible for what is happening right now. We are!” – California Governor Gavin Newsom

For those of you out there protesting, I want you to know that you matter,” said California Governor Gavin Newsom during a press conference early Monday afternoon.

“To those who want to express themselves . . . God bless you. Keep doing it. Your rage is real,” he continued.

The governor made these statements after a long weekend of continued demonstrations in the wake of the police killings of African-American George Floyd in Minnesota last week. Floyd’s murder has ignited the moral consciousness of America.

In a series of heartfelt statements, it was clear the governor sought to assuage the hurt and frustration of legitimate protesters, however, he simultaneously warned bad actors, their disruptive behavior will not be tolerated.

“For those who want to exploit this moment,” he warned, “who want to flame the violence and fear, we hear you as well.”

He went on to make it clear state officials have no sensitivity for anyone set on destructive behavior. “The looting, the violence, the threats against fellow human beings, that has no place in this state and in this nation.”

Newsom has already deployed National Guard troops to Los Angeles County because of incidents of looting and fires by those bent on wreaking having as peaceful protests continue pushing their mission for justice and institutional change.

The guard was deployed Saturday at the request of Los Angeles Mayor Eric Garcetti after demonstrations grew violent and police cars were torched and businesses were looted in upscale sections of the greater Los Angeles area.

“[The soldiers were deployed] to support our local response to maintain peace and safety on the streets of our city,” Garcetti explained to the media Sunday.

On Monday, the governor advised he was prepared at the request of municipal leaders and law enforcement to send in 4,500 guards where needed. The governor further declared, 7,000 members of the California Highway Patrol are on full tactical alert to assist local authorities as needed to stem vandalism and looting.

The governor committed to do his part to dismantle the institutional racism that has driven California residents and others to the streets is the ongoing battle for justice and an end to systemic inequities.

In the meantime, as protests continue to spread across the state, so do concerns over rioting and looting. In response more and more cities and counties have implemented curfews in hopes of preventing injuries to protesters  and destruction of local businesses.