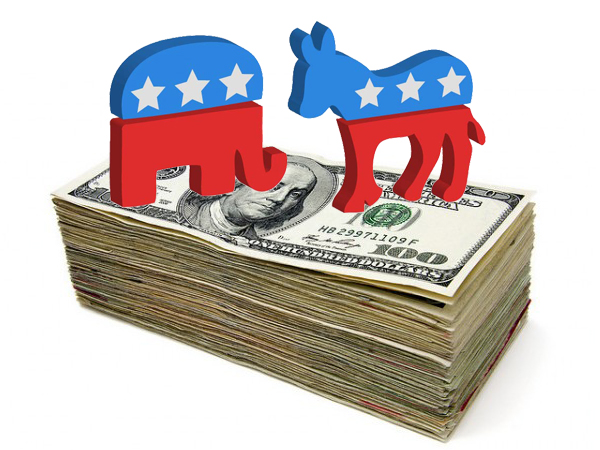 The Center for Responsive Politics, a nonprofit, nonpartisan and independent organization that tracks and analyzes the influence of money in politics, recently assessed the influence money will ultimately have on this year’s congressional elections.

The Center reported that most congressional contests in the 2016 election cycle are not really contests at all. Despite the illusion of electoral competition it explained, many of those contests may already be decided.

The Center based this assessment on two key factors. Firstly, better funded campaigns nearly always win; and secondly—incumbents also usually win. In addition, these two points often reinforce each other as incumbents most always have an easier time raising money than their challengers.

This year, 28 of the 34 (82 percent) Senate races are either uncontested or feature an incumbent. And as expected, incumbents are outraising their challengers. The same is true in at least 90 percent of this year’s House races.

Occasionally, there are well funded candidates who manage to make races competition but that is far from the rule and it gets much more difficult as the incumbent’s financial advantage increases. For example, this year in the 284 congressional races where the challenger is being outraised, the incumbent has raised more than twice and much money as his/her challenger; and in 243 of those races, the incumbent actually has a three-fold advantage in fundraising.

There are only four congressional races this year, barely one percent, where the challenger is actually outraising the incumbent. They include three House races, one each in California, Florida and New Jersey; and a Wisconsin Senate race. In all four instances the incumbents are Republican.

There are however a number of open seat races this year where the money battle is more even. In the House, there are 45 open seat races, including five no contest races (races where no one filed to run against the incumbent) and five open seat races in the Senate.